This year is the 30th anniversary of post-cold war period and the unification of Germany. Moreover, the year 2020 is the 70th anniversary of the outbreak of the Korean War. The Korean peninsula looks like a cold-war island of post-cold war period since it started in 1990. Korea has been still divided into the North and the South even if Germay has been unified in 1990 just after the fall of the Berlin Wall in 1989. Inter-Korean relations come to a deadlock in spite of recent two-year expectations. We are living in an era of uncertainty with worrying about nuclear confrontation. Also, the US-South Korea alliance and the tripod cooperation among ROK, the US and Japan are undergoing a transition in face of the rising-up China.

I would like to contribute to our nation and society at the front for the future of the KAIS throughout the year as follows: 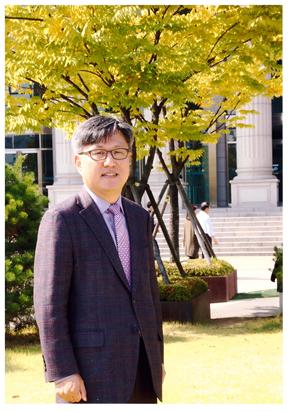 First of all, I want to build up an academic community as the best association embracing all the members in the field of international relations in Korea. And I just cannot bear to see that departments of political science & diplomacy have recently disappeared in the result of a rapid decrease in population and an emphasis on practical studies. I also would like to conduct research projects and conferences on timely significant issues without relations to obtaining their funds. Furthermore, I want to make my efforts to communicate between the KAIS and the government authorities/politicians in heading our country in a better direction. On the other hand, the KAIS should extend international academic exchanges with various academic associations including the northern European and African countries. It accomplishes public diplomacy working with the government through our global networks.

My fellow senior-junior members! My executives and I would like to make all our efforts for the KAIS unifying its members and dedicating to our society.
I sincerely wish you happiness and success. I hope everything goes well with you all year.