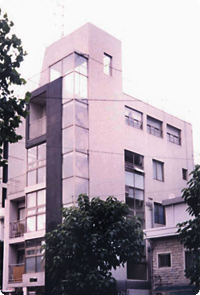 For more than half a century since its inception, the KAIS has shown remarkable developments. Starting with a membership of no less than ten, KAIS has become one of the most prominent academic associations in Korea with more than 1,900 individual and institutional members. The KAIS has regularly held annual meetings, international conferences and special seminars on various themes of domestic and foreign policies.

The KAIS publishes two academic journals, one in Korean and one in English. Also it published numerous numbers of books and text books on international studies, contributing the quality of scholarship in this field.

In addition to the growth in its activities and membership, the KAIS also takes pride in meeting theoretical and policy needs of the South Korean government as well as universities. Thanks to its past achievements, dedication of its members, and adherence to principles, the KAIS today is one of the most respected and representative academic associations in Korea.